Are Your Brow Goals On Point? | Lazaderm

Are Your Brow Goals On Point?

Shading is a technique used during Microblading to add an “ombre” shading effect.  This technique is done using a special tool that will add depth and definition to the brows for a more defined look.   As we all know, Microblading alone adds in subtle hairstrokes to enhance the natural eyebrow, and when healed the results are very soft and natural looking.

Shading the eyebrow after Microblading will add density and a more defined look.

These before and after photos are an example of a client who has Microblading in the first photo and Microblading/Shading in the second photo. The shading adds an extra layer of depth and definition to the eyebrows. 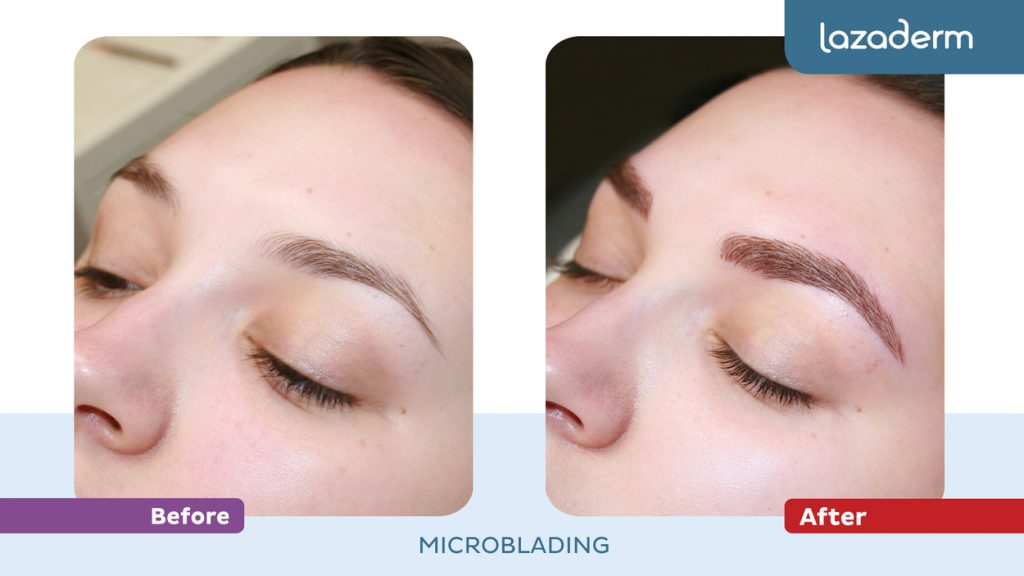 Shading is typically done when a client has little to no eyebrow hair, when the brows have patchy areas missing throughout, or when the client is wanting a bolder look.  Blade and Shade is a new hot trend in the Microblading world and is offered at Lazaderm.